Should You Deactivate Your WordPress Caching Plugin?

Plenty of data suggests that a web page that loads too slowly (and we’re talking a matter of seconds) will cost a site both visitors and sales.

This data from Google is a little old, but it’s just as relevant today as it was in 2018: 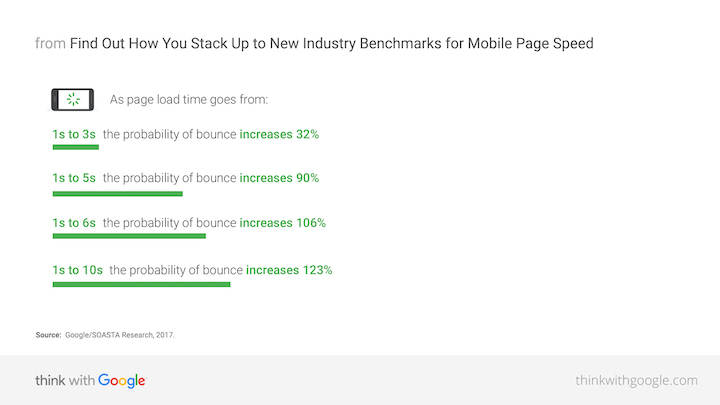 In addition to losing ground with people on a website, slow-loading sites don’t fare well in Google search results either. In 2010, Google started using speed as a ranking factor for desktop websites. Starting in 2018, speed was used to determine a mobile site’s ranking as well.

So, clearly, performance optimization needs to be a big focus for web designers and developers.

Caching, in particular, is a valuable tool in the battle against slow-loading web pages. But rather than rush to install one of those top-rated WordPress caching plugins on your sites, I want to chat about why that might not be the best option.

WordPress, in general, is slower than most of its CMS/website builder peers, according to research from Backlinko: 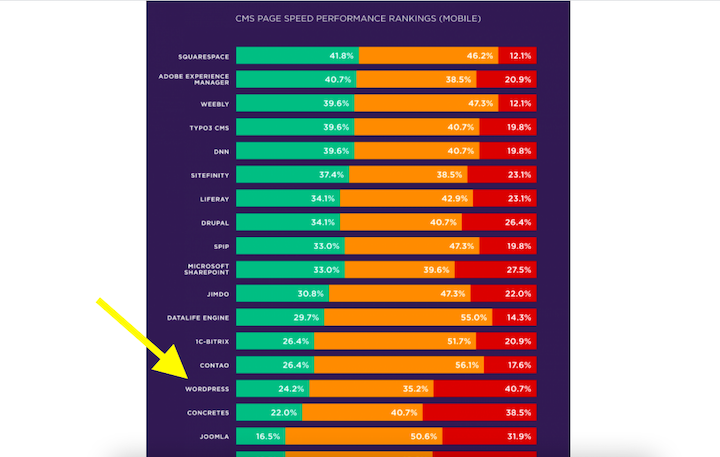 Out of the box, it’s fine. But you can’t build a WordPress site without layering themes, plugins, images, external API requests, and more and more pages on top of it. The bigger and more complex a WordPress site gets, the slower it’s going to load.

I’m not the only one who’s experienced this. The following are some comments in WordPress’s support forum with regards to caching plugins.

These users found that this caching plugin causes their sites to load more slowly than without it:

And, again, here are more complaints about website slow-downs from caching plugins:

So, what’s the problem here? Why is it that the plugins developed to handle caching are doing the exact opposite of what they intended?

There are a number of reasons why this might be happening:

1. Caching plugins all differ in terms of which optimizations are available.

Insufficient control over the plugin’s optimization settings (like object caching, minification, or Gzip compression) can create problems for the server processing the HTTP requests.

That’s why, even if you have a caching plugin in place, PageSpeed Insights might tell you to remove unused code or render-blocking resources – that are actually from your caching plugin!

2. Many caching plugins conflict with a web host’s own caching systems.

For instance, this is Media Temple’s list of disallowed caching plugins:

It’s not that they’re discouraging you from doing more caching. It’s just that these plugins are probably going to end up not working and just taking up additional space on your server (which is bad for speed, too).

3. Some caching plugins really only work on smaller websites with low volumes of traffic.

When traffic increases or a big spike occurs, the caching system chokes. What’s needed is a more advanced form of optimization, like Varnish caching, OPcache, Redis or Memcached, or you can use a reverse proxy.

Although some WordPress caching plugins might offer these advanced caching features, they’re best handled server-side by a web host.

Before you start another website project, make sure you talk to your client about their web hosting. If they’ve already signed up for a plan, make sure it’s the right one for their site – especially when it comes to how much it offers in the way of performance optimization.

If they haven’t yet signed up for one, it would be a good idea to recommend a web hosting company that cares about performance and uses caching tools that will speed up their clients’ sites.

As we’ve seen – and as I’m sure some of you have experienced – WordPress caching plugins don’t always do what we need them to do and some may only aggravate the situation. So, relying more heavily on web hosting to handle the performance piece of your website is a good idea.

If you're making these common mistakes with your WordPress sites, you may be setting yourself up for disaster.

With Google's Core Web Vitals update emphasizing performance, take some time to examine your sites' reports and to improve them.