If you don’t live under a rock, you’ve probably heard about the Facebook whistleblower who came forward with research about the platform’s harm to teen girls. It’s since sparked hot debate around ethics and social media platforms, but the question of internet ethics if more complex than just social media. This cyber security month we are taking a look at the internet’s top ethical considerations.

The Markkula Center for Ethics at Santa Clara university defines Internet Ethics as “the analysis of the role that the internet plays in what philosophers call the development of the good life – the kind of life that we want for ourselves, for society over all, the kinds of people we want to be.” Basically, is the internet in all of its controversial glory working towards helping or hurting people?

Since Tim Berners-Lee created the World Wide Web 30 years ago, the internet has transformed the way we do business and spread ideas at an unrecognizable pace. It has also called into question how this space can be misused. There is no standardized ethical code or guideline for digital citizenship, so we will consider arguments for a handful of its most controversial ethical aspects, and let you decide.

The Big Question: Is internet access a human right?

According to a 2021 report by Internet World Stats, 34.4% of the world’s population (about 2.6 billion people) have no internet access. That leaves out a significant population from the financial and social benefits of internet access. 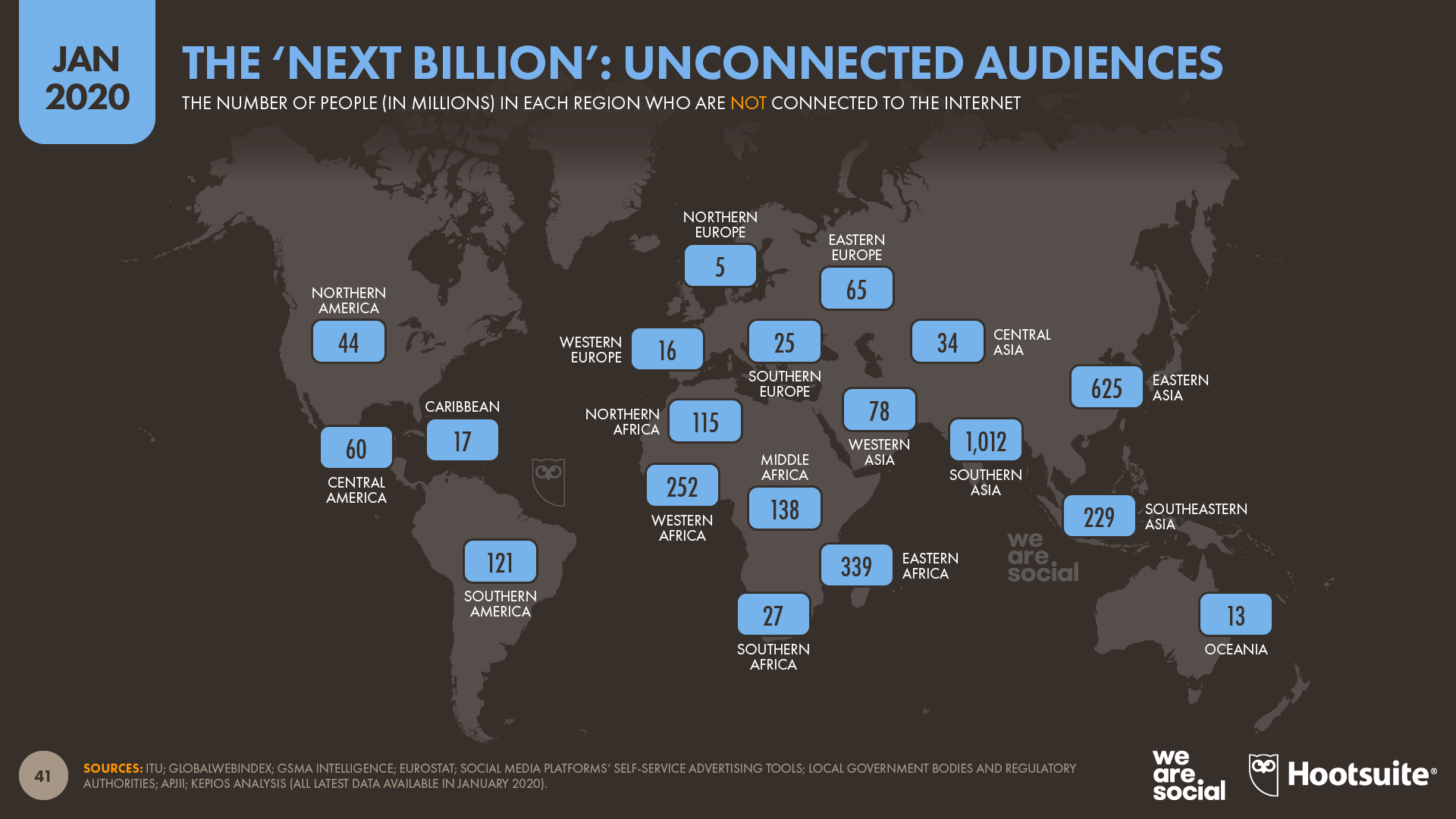 In 2016, the UN included internet access as a human right in Section 32 of Article 19, The Right to Freedom of Opinion and Expression. The Internet is a powerful tool that can be used to create communities, organize movements, spread news, and monetize businesses. The internet can hold parties in power accountable through documentation, and large scale collective action.

Similarly, removing the internet can harm progress of social movements and protests. Governments across the world use politically motivated internet blackouts to tamp down on protests like Iraq in 2018 or Sudan in 2019. Removing internet makes communication and organizing more difficult, but often also has an unintended economic impact on people who rely on websites or social media to run their businesses.

In America, increased internet access to marginalized groups has fueled powerful grassroots movements. For example, with the rise of “Black Twitter” and the proliferation of internet capable smartphones allowed the documenting and sharing of unjustified police violence against African Americans – something that their community had experienced gaslighting over for years. By using the internet as a tool for sharing documented recordings, justice and safety are now within this community’s reach.

Populations of people left offline do not have the resources or financial opportunities that come through access to the world wide web. With internet you can run and promote their businesses, access crowdsourced funding or apply and receive grants virtually, apply to programs or higher education, take part in crypto mining or invest in the stock market, or join the NFT movement. These are all opportunties solely enjoyed by the connected.

When the UN passed the resolution to include the internet as a human right 17 countries were opposed siting the internet’s affect in destabilizing power. The Internet often acts as a crow bar, prying open the door to additional freedoms, so countries that do not share these values are naturally keen on restricting it. Just look how social media propelled the domino protests in the Arab Spring of 2010.

If people living in poverty can see that a different way of life is possible, they will try to change their reality. Many autocracies use internet restrictions as a form of management and information control. The anti-access advocates believe that unmitigated internet access is disruptive to their ability to govern, and they aren’t entirely wrong. While internet does not create their frustration, it is a powerful medium that provides visibility and a platform to voice dissent and take action. Without the internet as a tool, these changes occur much more slowly.

The Ethics of Hacking

The Big Question: Can hacking ever be a good thing?

The arguments for hacking’s ethical merits point to white hats and hacktivism who break the rules for good. White hat hackers are dedicated to making the internet a safer place by testing if websites are easy to hack and sharing their insights with the website owners. These are called white hat hackers. They may also offer to fix the vulnerabilities.

There is also a branch of hacking called hacktivism. These are a group of hackers or hacktivists that hack for social, religious, or political causes. You may have heard of a few like Anonymous, Electrohippies, LulsSec, and Wikileaks. A few of these groups do govern their members with codes of conduct.

These groups often work towards a communistic, anticapitalist, free and open internet ideal. For example, they may try to equalize the access to resources and software programs by releasing unauthorized versions etc. Some hacktivists work to equalize access. They believe that technology advancements should belong to the world, and not just those who can afford it.

Hacking gives a voice to those in societies that are too restricted to allow physical protest. It protects the individuals and their families by providing a cloak of anonymity to their dissent.

Despite white hat hackers’ good intentions, there are companies that still feel violated by the idea that someone illegally bypassed their systems’ security using forbidden techniques.  They may also resent being put in a position where they feel obligated to offer payment for the white hat’s findings because of a fear that if not, they could use those same skills to retaliate. Whether or not that fear is founded, it creates an uncomfortable situation that was not asked for.

Hacking is actually illegal according to legislation in the Computer Fraud and Abuse Act. After a high-profile suicide of hacktivist Aaron Swartz, there was an attempt to reform this legislation. Swartz was caught trying to give the public free access to JSTOR’s academic library and was drawn into a lengthy legal battle. After his suicide, an amendment was written to distinguish between criminal intent and acts that exceeded authorized access. This would create a loophole for people hacking without malicious causes. Unfortunately, the amendment did not gain enough support to pass. Breaking the rules to prove an application is hackable, even with the intention of helping someone, can still end up in court.

Another argument against hacktivism comes from an intellectual ownership perspective. Some hacktivists believe in fair access and open resources for all.  This philosophy can apple to content, music, and software programs, or technologies. Dissenters believe stealing is stealing. Cracking a software to make it available to the masses financially harms its developer. Software develpers are not paid for unauthorized versions of their product just like musicians are not paid for music that is pirated.

The Big Question: What ownership should an individual have over their own data?

First-party cookies are help the internet to work the way we expect, like saving shopping cart items or remembering your login. There are also third-party cookies. These cookies track your behavior across different websites and target you with ads that match your interests.

Cookie Tracking advocates believe that targeted marketing benefits their online experience. Users do not have to suffer through ads that are not relevant to their interests. This perspective sees the convenience of relevant advertisements as a greater gain than the loss of data privacy.

Seeing the same shoes you hovered over reappear in an ad a minute later can be a creepy experience. The argument against cookie tracking is that a person should be able to provide consent before their personal data is used or sold for ad targeting.

Major world organizations tend to agree and have passed new protection laws with steep fines. Without a consumer’s consent, cookie tracking can be a predatory behavior that takes advantage of consumers. The General Data Protection Regulation (GDPR) has made it illegal to process personal data on EU citizens and the California Consumer Privacy Act (CCPA) requires consent before collecting data. Lei Geral de Protecao de Dados (LGPD) is a skinnier GDPR, and Singapore has the Personal Data Protection Act (PDPA).

The Ethics of Social Media

The Big Question: Is social media bad for you?

The pro-social media side usually points to the power of reconnecting those who have lost touch, or being an antidote for loneliness to those struggling with isolation. Users enjoy the rush they get from likes and follows and shares, and can build groups, communities and events. The positive feedback they receive from their posts makes them feel good. It’s free to users. It’s a place to store your photos, be creative, and communicate in a more interactive way.

The anti-social media camp could not disagree more. The philosophy of American video artist and sculptor Richard Serra reflects their perspective. He once said, “if something is free, you’re the product.” They believe the connectedness is also an illusion. According to a 2018 study by the University of Pennsylvania, social media increases depression and loneliness among users.

While the pleasure of being praised is undeniable, the addiction center found that the chemical reaction the brain’s reward area creates is the same as seen with drugs like cocaine. The strong dopamine release is a short lived gratification that drives addictive behavior to come back again and again. Recently supported by leaked research, we now also know about social media’s negative impact on teen girls in terms of depression, anxiety, body dysmorphia and eating disorders.  There have also been sleep studies connecting night-time scrolling to disrupted sleep patterns.

In addition to the mental health concerns, there are also concerns about the divisions it creates in our societies. Social media algorithms are not designed to present balanced, factual material. They are designed to keep users on the platform as long as possible. What this looks like in action is a newsfeed with politically biased content confirming a user’s existing prejudices. The consequence is increased polarization of individuals, groups, and broader society.

A leaked internal facebook study published in the Wall Street Journal  admitted that its algorithms were problematic in fueling polarization and divisiveness. This echo chamber of reinforcement makes any consideration of other beliefs unlikely and just further solidifies existing beliefs. Another leaked internal facebook study found 64% of people who joined extremist groups found them through Facebook’s algorithms. There is no monetary incentive for social media to curate balanced content. The only goal is to keep users on the platform for as much time as possible. This prioritzation of sales over truth has led to a boon in fake news. A 2021 statistic found  that 56% of Facebook users can’t recognize fake news if it aligns with their beliefs.

It’s Up to You

The internet is like money. It is neutral in itself, but how you spend it can be good or bad. To further this metaphor, who is responsible to spend the money ethically? There here are no official “managers” of the internet, and it’s too easy for the industry’s big players to dodge the responsibility. Changes to consumer protections and access demands have to begin with the individual. 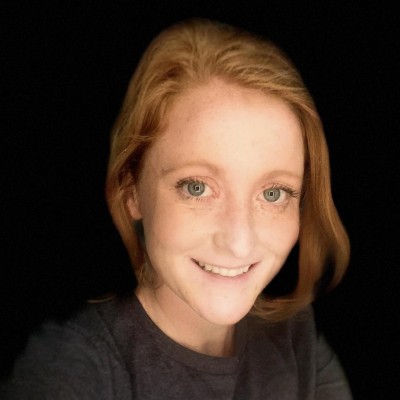 About the Author Allison Bondi is a copy writer who focuses on the tech world and human interest pieces. She has worked in the SaaS and Telecom world for 10 years. When not writing, she enjoys reading, traveling, and identifying plants. More by this Author

As long as I’ve been creating web experiences, I’ve heard people use the “building a house” analogy.

Even on their best days, humans struggle with change. So do businesses.

Although 2021 was a flop for some, it has been a solid year for creatives who could treat pandemic year two like a sabatical, finding their flow from their kitchen table / home office.