Will Artificial Intelligence Be the End of Web Design & Development

It’s a question that terrifies modern-day web designers and developers, keeping them up at night.

Will Artificial Intelligence see the end of traditional website design and development as we know it? Does the rise of Machine Learning mean legions of digital experts across the globe will be out of work, their jobs made redundant from AI, their skills rendered obsolete?

Whilst there has been plenty of hype in recent years around the impact AI will have to the website design and development community, the reality is that Artificial (Design) Intelligence technology is still very-much in its infancy …and there’s a long way to go before we see web designers and developers being replaced by robots. AI-powered platforms and tools are actually making digital creatives and engineers more productive and more effective, allowing them to produce higher-quality, digital experiences at a lower-cost.

The concept behind using Artificial Intelligence to create websites is quite simple: AI-powered code-completion tools are used to “make” a website on its own and then machine learning is leveraged to optimize the user interface – entirely through adaptive intelligence, with minimal human intervention.

The challenge with this model however, is that it assumes the process of human creativity can be substituted by machines.

Well, at least not at the moment.

The power of human creativity brings with it an innate curiosity; we are always looking to challenge the status-quo and experiment with new forms and aesthetics. Creativity will always be a human endeavor. Using Artificial Intelligence for web design shouldn’t be viewed as a binary “replacement” option for human creativity. Instead, AI can be leveraged as a very powerful extension to the creative process.

Artificial Intelligence should essentially be looked at as an augmented intelligence. Humans and machines, working together.

Artificial Design Intelligence (ADI) has been creating huge hype recently with its potential to be the generational game-hanger when it comes to web design and development.

ADI can be defined as technology which makes websites on its own, with human intervention only needed at the initial stage to frame the context and desired output through a set of “input” parameters.

With recent advances in AI algorithms and machine learning capabilities, ADI has been bridging the gap between human cognition and machine automation with a view to create more intuitive functionality and better user experiences. When it comes to web design & development, there is huge potential to leverage ADI to understand creative rules and apply them independently. Whilst ADI and machine learning will never replace the creative process, AI will continue to be more useful as an augmented intelligence that designers and developers can leverage to improve customer outcomes and create better user experiences.

The way ADI works is that machine learning is used to analyze existing data sets (such as customer purchase data, time on site data, click through rates, product catalogue data and other behavioral metrics). Once the data set is available, the AI then applies the human “inputs” or preferences such as color schemes, content and context to generate an entirely unique design for the user interface (or website).

Whilst it won’t replace the need for designers and coders, AI technology should soon be advanced enough to automate a lot of the tedious process work web designers and developers currently do. From an enterprise web development perspective – where extensive, bespoke, architectural planning is needed – human engineering, business analysis and critical-thinking cannot be substituted entirely with Artificial Intelligence. AI however can make the architectural process go faster. From coding, review, bug detection and regression testing, AI-powered tools can reduce keystrokes and provide code optimization and snippet recommendations on the fly.

Another key consideration is that ADI does not take into account the many semantics of a typical “client” when generating ideas for a website UI. There is always an extensive amount of client preference, nuance and human subjectivity which needs to be considered to successfully deliver a website project – all of which is not currently in the AI remit.

Where AI is making a huge impact in web design and development is in its extensive use in marketing and campaign optimization.

This includes the many AI-based predictive tools which negate the need for traditional website A/B testing or multivariate testing. Powerful AI-driven product recommendation engines are also empowering marketers by analyzing not only purchase history and consumer behavior, but also via social listening to determine where sentiment lies with consumers. AI is then using these learnings to influence recommendations around conversion funnel optimization.

Artificial Intelligence is the surface personalized content that delivers deeper engagement and better outcomes for the user experience. Accurate targeting of leads and segmentation, whilst delivering personalized content, can create huge improvements in both ROI and the performance of tactical campaigns.

AI tools and applications are being used to streamline the evolution of new digital experiences to develop and test different types of campaign layouts and tactical approaches and validate their viability, authenticity and estimated outcomes against marketing and campaign KPIs.

Our world today is already influenced extensively by Artificial Intelligence and this impact of AI in our lives will only grow exponentially. AI however will empower, rather than replace workers in website design and development. The exciting potential comes when viewing humans and machines as a collaborative “partnership” – identifying which tasks people can do better and which tasks machines and AI can do better. The most important kind of intelligence will not be AI alone, but “collective intelligence” that includes both people and machines. The future will be about web designers and developers “co-creating” with AI as part of their wheelhouse, enabling them deliver more optimal user experiences in a much quicker time.

So, if you are a web designer or developer you can rest easy that AI and robots probably won’t eliminate your job anytime soon. And even if it does in the future, then you’ll probably get a more interesting one.

This article is part of our 2021 Society of Digital Agencies (SoDA) series. Bernie Johnson is currently a director at Australian-based agency Adrenalin Media. 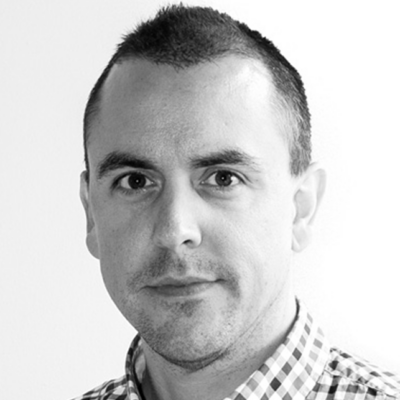 About the Author In 2004, armed with a passion for big brands and online marketing, Bernie Johnson recognized the potential for Australian digital marketing to be at the forefront of the world in terms of innovation, technology, and customer engagement. He established digital media agency Adrenalin Media in the same year and is currently a Director at the company. More by this Author

The “phonebook” of the Internet (DNS) isn’t secure. But there is a solution (DNSSEC) that adds security to it, has been around for years, and is available on over 90% of ICANN’s top-level domains (TLDs).    Given the importance of DNS and security, you’d expect adoption of DNSSEC to be overwhelming, right?

David Zomaya
Aug 3, 2021 Design + Creative
Your Most Important Content Design Isn’t What You Think It Is

Where does your brand invest most of its creative resources? Probably in high-profile content: your big campaigns, commercials, and pieces for lead gen.

There are a whole lot of technical SEO (search engine optimization) tips, tricks, and strategies you can implement.